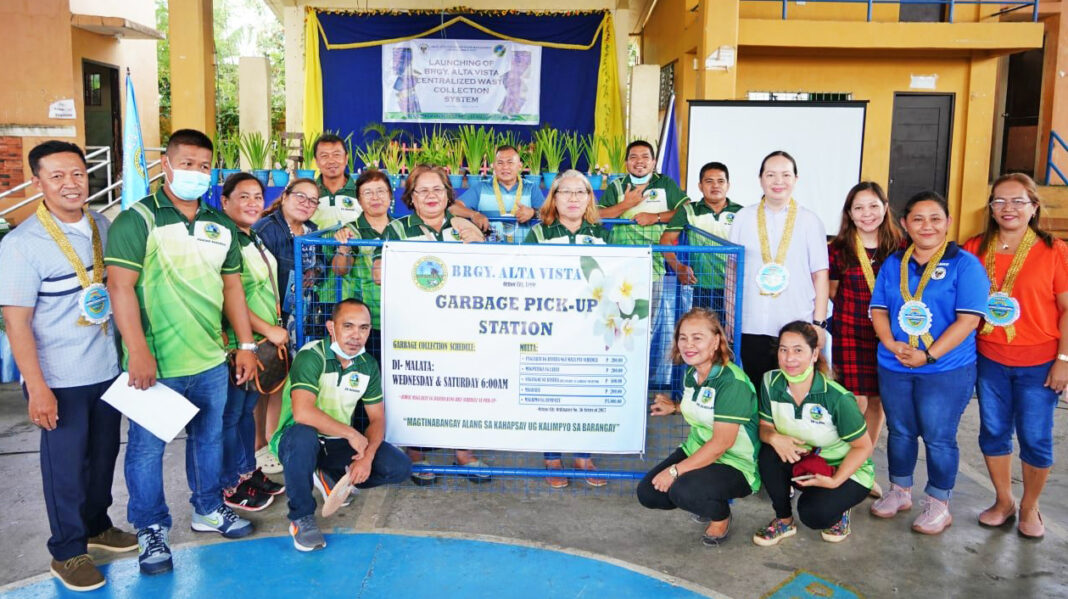 Accordingly, Alta Vista is the first barangay to launch and implement said collection system in the city. The system aims to properly enforce waste segregation from the household up to the barangay level, as, per the barangay council, this will force the barangay residents to religiously segregate their trash into “malata” and “di-malata”, as mandated under City Ordinance No. 36 (Series of 2017), or else, they would be fined once their trash reaches the centralized collection stations – and it is found out that they did not separate their garbage according to its nature.

According to PB Laurente, there will be 16 garbage stations to be installed around the barangay.