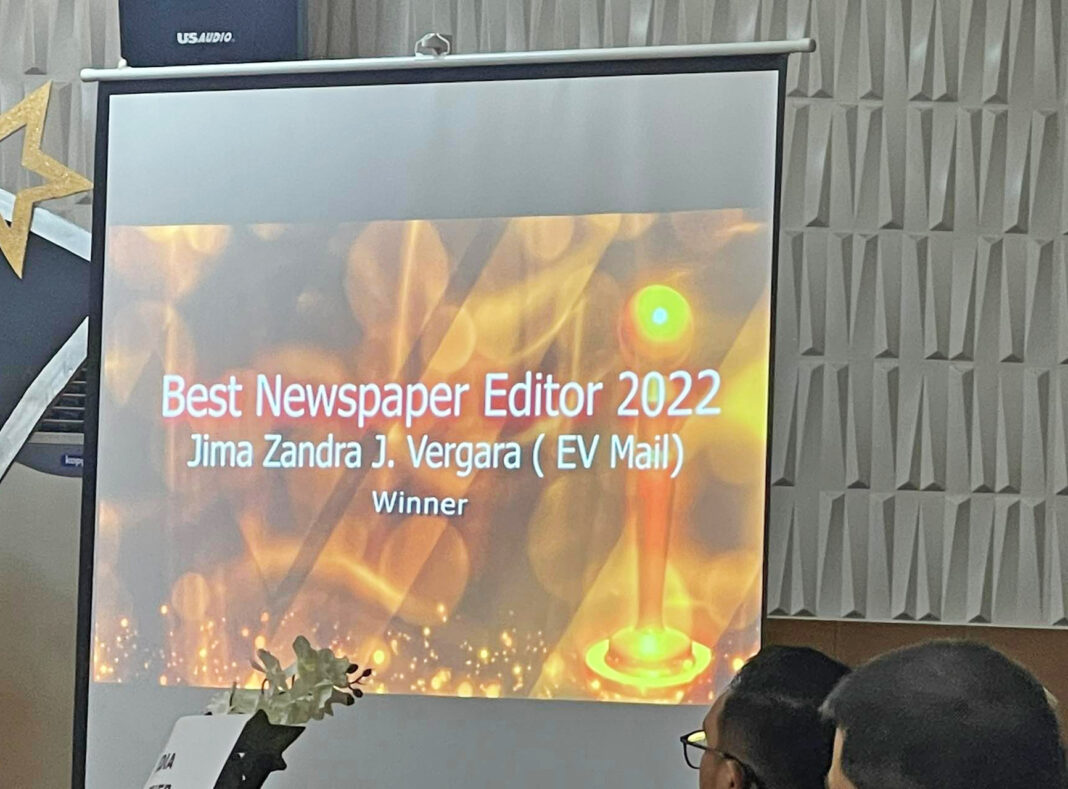 THE EASTERN Visayas Media Without Borders through its President, Miriam Desacada, and Chairman of the Board, Marshall Morallos, once again held the annual Eastern Visayas Media Awards and Recognition of Media Partners – now on its third year.

Given recognition were Government Agencies/Departments, LGUs, Military Units, the PNP, the Judiciary, and the media men and women (and their respective media outfits) operating in region 8.

Undersecretary Mark R. Gimenez was the Guest of Honor and Speaker on the evening of the award-giving last Saturday, December 3. In his speech, he acknowledged the role of the media in nation building.