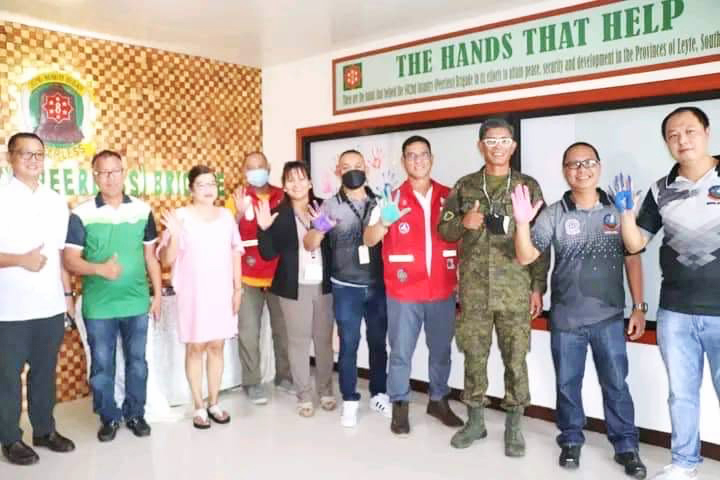 ON THE FIRST day of August, the Philippine Army’s 802nd Infantry Brigade here successfully launched their wall dubbed as “The Hands That Help”.

COL Vestuir said that the wall is inspired by their Limasawa experience by honoring their partner-stakeholders, adding, “for their untiring support and contribution to the unit in its efforts to attain peace, security and development in the provinces of Leyte, Southern Leyte and Biliran.”

The visitors, meanwhile, were given the choice as to the color of their individual handprints and as to the designated portion of the wall they wanted their handprints to appear. COL Vestuir added that they will continue to fill the wall with hand markings whenever other friends and supporters of the Brigade will visit the headquarters in Barangay Camp Downes in Ormoc. And such markings, he further said, will forever remain as it represents the attainment of peaceful and secured communities. By Josie Sersena (EV Mail August 1-7, 2022 issue)