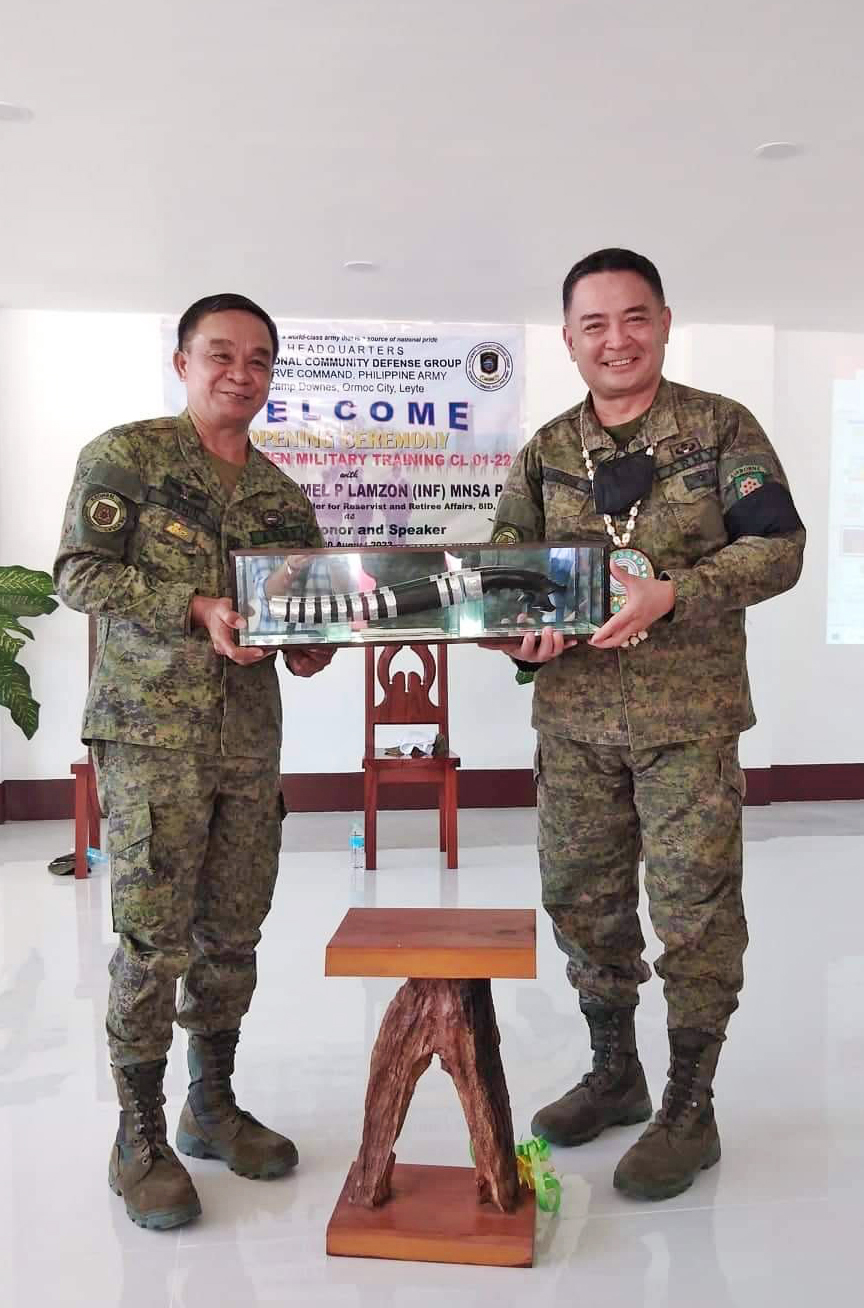 The ceremony was held at their headquarters in Camp Downes in this city on August 28.

Assistant Division Commander for Reservist & Retiree Affairs for Eastern Visayas, COL Erwin Rommel P. Lamzon (INF) MNSA, PA, was the Guest of Honor and Speaker. Participants, on the one hand, for the 45-day training are 120 government employees, professionals, and civilian volunteers, 13 of whom are females coming from the eight provinces of the region, and included Mayor Gilbert Go and Vice Mayor Christopher Go from the Municipality of Geporlos, Samar.

Among the objectives of BCMT is to equip the participants with knowledge and skills that they can use to serve the country not only in the event of a war but also to assist during disasters and calamities.

COL Lamzon spoke on the importance of undergoing such training and emphasized how useful it would be in their respective community particularly in community resiliency, adding, “Walang ibang tutulong sa community kon di kayo kayo rin.”

Brothers Mayor Gilbert and Vice Mayor Christopher Go in an interview said they are both thankful to be among the participants because their learnings here are so useful as leaders in a 5th Class Municipality like Geporlos that is regularly hit by typhoons, not to mention the COVID-19 pandemic that had a toll on their economy.

Readiness is very important and thet “mahirap tumolong nang hindi ka prepared,” the Mayor said. While the Vice Mayor also said this will aid him in the formulation of legislations especially now that they are strengthening their Emergency Response Team. Their town, he added, is one of those areas prone to calamities plus its insurgency problems. Lastly, LTC Raymundo Picut, Jr., (INF) GSC, PA shared the foundation of the Reservist Act and its purpose in defense as well as in peace and development. By Josie Sersena (EV Mail September 5-11, 2022 issue)