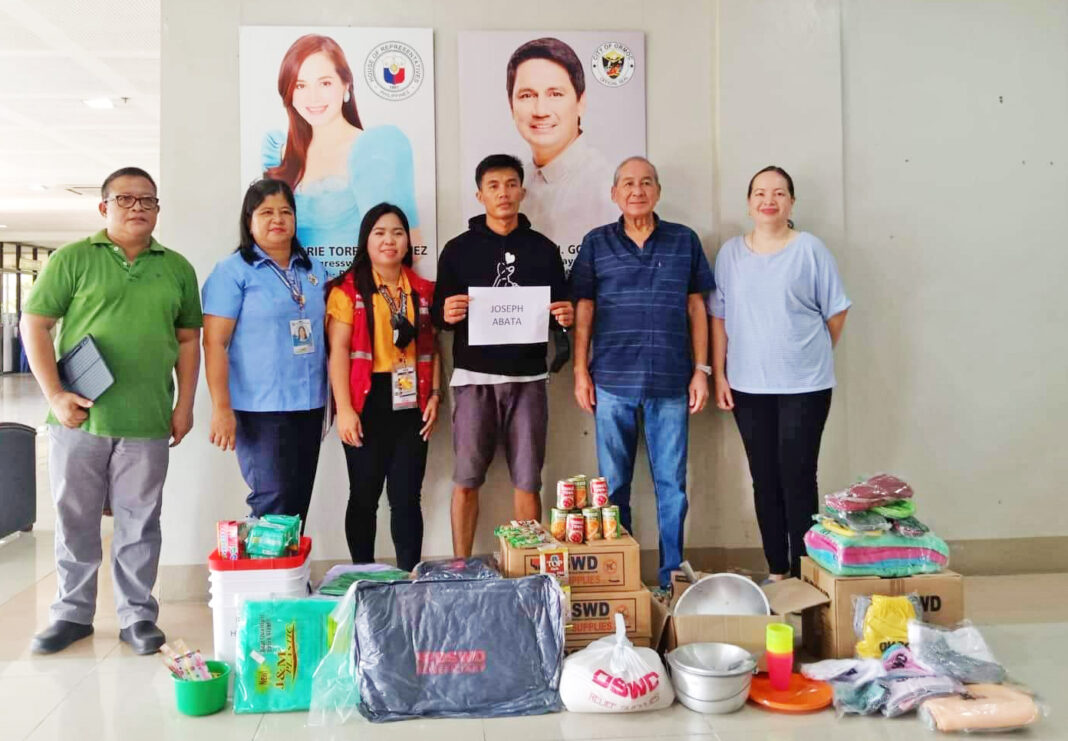 ORMOC CITY – The victims and survivors of this city’s Barangay Cogon and Barangay Donghol fire received financial assistance and goods from the Department of Social Welfare and Development (DSWD) Region 8 and from the City Social Welfare Department (CSWD) on Thursday, September 1, 2022.

On behalf of City Mayor Lucy Torres-Gomez, it was acting Mayor Leo Carmelo Locsin, Sr. and City Councilor Carmen Jean T. Rama, Chairperson of the Committee on Social Services, who turned over the said donations to the recipients.

The recipients were Randy Montalban and Marilyn Montalban of Barangay Cogon; and Jocelyn Abata and Joseph Abata of Barangay Donghol.

Each of the surviving victim received Php 10,000 in cash assistance from DSWD-8 and another Php 10,00 from LGU-Ormoc through its CSWD.

The families of the deceased were also given burial assistance of Php 10,000 per body for Belen Mendoza and Lyndon Mendoza of Brgy. Cogon, and for Maria B. Perez of Brgy. Donghol.

Also present during the said turnover were DSWD-8 personnel Jhoanne D. Cuesta, Raquel M. Moralde, and Miguel Cesar Manago; Maribel Gucela, OIC-CSWD; and Enrique Caberos of the Social Work Agency (SWA). To recall, on August 16, 2022, a fire broke out in Brgy. Donghol with one confirmed casualty, and on August 21, 2022, another fire broke out in Sitio Dahlia, Brgy. Cogon that led to the death of a mother and her son, and the destruction of neighboring houses and properties. By Gwen Maurillo (EV Mail August 29-September 4, 2022 issue)