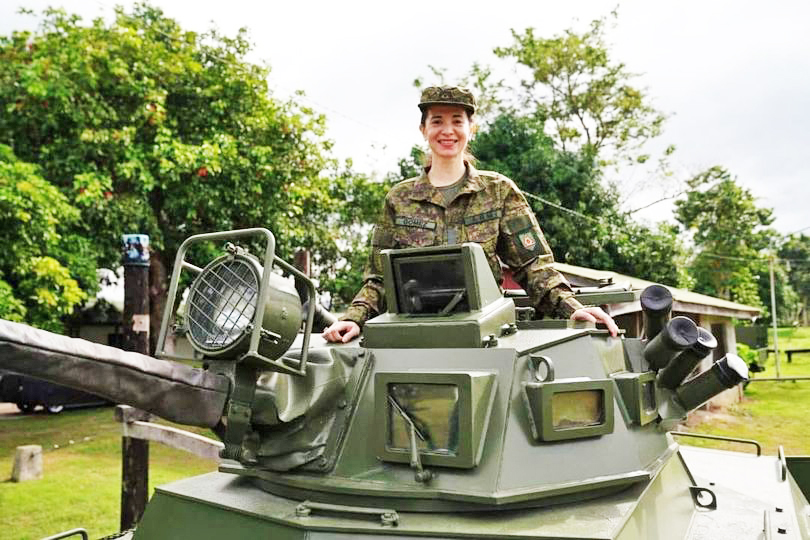 TACLOBAN CITY – Ormoc City Mayor Lucy Torres-Gomez is the newest addition to the growing ranks of celebrities who are signing up with the Armed Forces of the Philippines via the reserved force.

Donned in her military reservist uniform, Mayor Gomez was officially commissioned in the Reserved Force in the Armed Forces of the Philippines with the rank of Lieutenant Colonel, Philippine Army (Reserve) last November 8, 2022.

Colonel Noel Vestuir, Brigade Commander of the 802nd Infantry Brigade based in Ormoc City, said the mayor’s decision to join the reservist force will influence more people to express their patriotism and love of the country.

“We are very happy to have her as among us in the Armed Forces of the Philippines. Her prominence and status as a big celebrity and mayor of our city will inspire more people to join the military either in the active service or in the reserve units of the AFP,” Vestuir said.

Vestuir, who is the top Army officer in the provinces of Leyte, Southern Leyte and Biliran, also said Gomez’ enlistment in the reserved force will also allay fears of parents in allowing their children to join the Reserve Officers Training Corps (ROTC), which is now mandatory to all college students.

Volunteers to the reserve force undergo field exercises and marksmanship training to prepare them in fulfilling their mandate to protect the people and the state, especially in times of crisis. It also teaches volunteers leadership, discipline, and respect for authority.

The Citizen Armed Force or the Reserve Force was created in accordance with Republic Act 7077 on July 23, 1990. Among its missions are to provide the base for the expansion of the AFP in the event of war, invasion, or rebellion; assist in relief and rescue during disaster or calamities; assist in socio-economic development; and assist in the operation and maintenance of essential government or private utilities. Last month, President Ferdinand “Bongbong” Marcos Jr. appointed Mayor Gomez as chairperson of the Regional Development Council in Eastern Visayas. By Elmer Recuerdo (EV Mail November 14-20, 2022 issue)