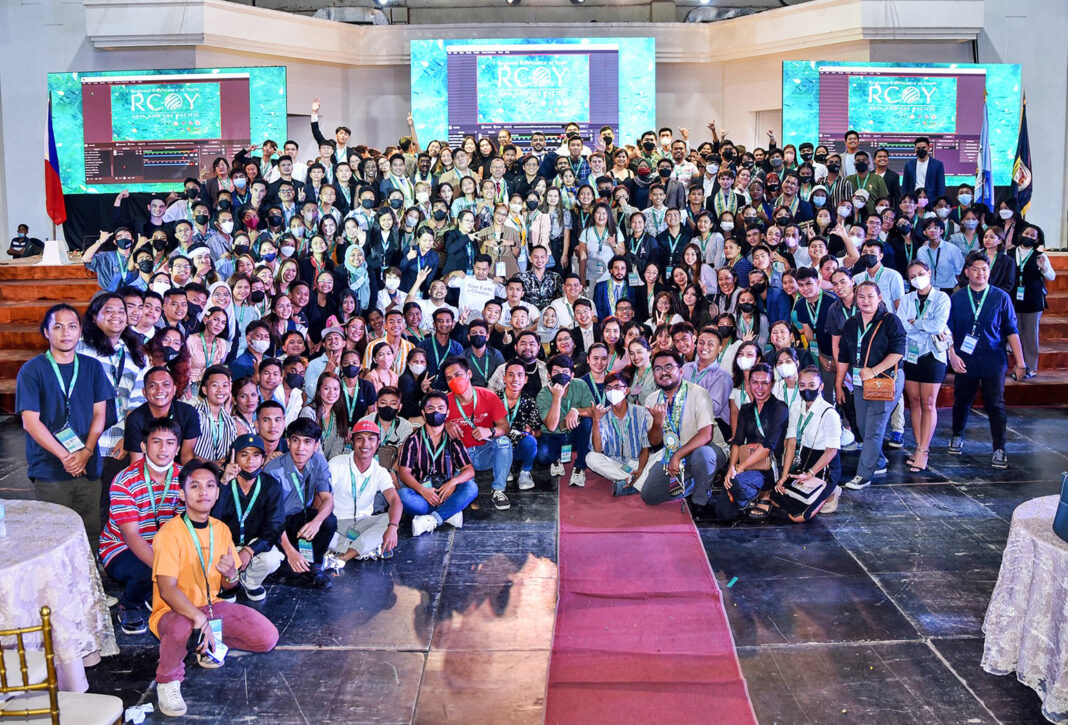 ORMOC CITY – Post-pandemic, this city is once again hosting conferences. In fact, this week, from August 9-13, 2022, it successfully gathered together more than a hundred young people from the Asia and the Pacific region, who share a common goal of directing youth-led community action towards achievement of the United Nations Sustainable Development Goals or Global Goals (SDGs), particularly SDG 6 which pertains to Clean Water and Sanitation and SDG 13 which pertains to Climate Action through the Regional Conference of the Youth (RCOY)-Asia and the Pacific.

The said event is organized by the UN World Meteorological Organization (WMO) and the UN International Federation of Youth (UNIFY) for Water and Climate; and is hosted by the City of Ormoc, in partnership with the City Government of Baybay, and duly recognized by YOUNGO-the official youth constituency of the UN Framework Convention on Climate Change (UNFCCC).

On August 9, the conference formally opened led by City Mayor Lucy Marie Torres-Gomez herself during a grand opening ceremony at the Ormoc City Superdome.

In her speech, the Mayor talked about the recent typhoons and disasters that hit her city and the province of Leyte, and the realization of how crucial disaster resilience is in all aspects.

In attendance too at the said opening ceremony were Dr. Johan Stander, the Director of the UN World Meteorological Organization; Khaled Emam, the Lead of the UN Major Group for Children and Youth; Xan Northcott, the Global North Focal Point of YOUNGO; Elizabeth Gulugulu Machache, the Global South Focal Point of YOUNGO; and Mark Michael Unlu-cay, President of the Baybay City Sangguniang Kabataan (SK) Federation and an ex-officio member of the Sangguniang Panglungsod (SP) of Baybay City.

Since RCOY-APAC was conceptualized to gather youth from all over the region and come up with a consensus on how the youth can more meaningfully participate in local and global water and climate negotiations, their activities during the said conference included four (4) major outputs that would include the Regional Youth Statement, wherein the delegates were made to co-create a regional youth statement, highlighting youth demands from various stakeholders, including governments and the private sector. The regional youth statement will then be incorporated into the Global Youth Statement—a policy document that will be turned over to world leaders during the COP27 negotiations in Sharm El-Sheikh, Egypt on November 2022.

Another output was the Water and Climate Youth Development Plan and Agenda (YDPA), wherein said delegates were made to become a part of the validation process of the Water and Climate YDPA, which is the official consolidating platform for all youth statements, demands, commitments, and policy-recommendations to be presented during the UN 2023 Water Conference in New York. Cultural exchange and skills sharing, and carbon offsetting activities were also major activity outputs. Finally, all of the delegates participated in a mangrove-planting activity in Ormoc and Baybay cities during the duration of the RCOY. By Gwen Maurillo (EV Mail August 8-14, 2022 issue)