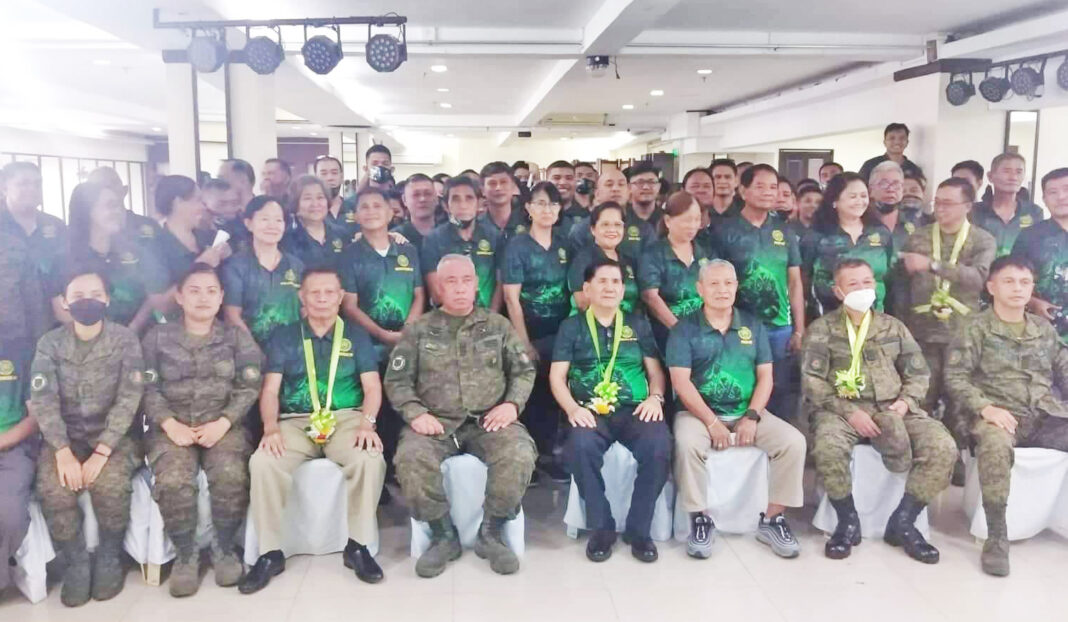 Ormoc City – “Solidarity remains today, tomorrow and forever” was the sweetest line uttered by the comrades of Ormoc ROTC and WATC during their 1st Grand Reunion 2022 held in this city over the weekend.

Accordingly, this was the best thing that the organizers could think of to be able to reconnect the different batches from 1968 to present. Thus, they gathered under one roof, reminiscing the drills and all the exercises they have gone through during their ROTC/WATC training. The participants were also in unison in saying that because of ROTC/WATC they became disciplined and have had a good direction in life.

Rodolfo Quirino recalled how they savored the taste of what and how it is to enroll in the ROTC. He shared that among those officers during their time are former City Councilor Pading Parilla as the 1st Core Commander, former Vice Mayor Nepnep Aparis as the Adjutant and Quirino himself as the Assistant Core Commander.

During the reunion, the “most senior” relayed inspirational stories of the ROTC when it was activated in Ormoc 51 years ago.

At first, it was the 250 all-male student population of SPC who led the ROTC sometime school year 1967-68. Then, the lead was transferred to Western Leyte College (WLC). Later on, it was passed on to Sto. Niño College (SNC), taking the lead and even welcoming female trainees.

The group was also glad to note that despite NSTP becoming a law and the ROTC was only optional, still they discovered that many students preferred to take up ROTC up to this time.

“Hapit nami mosawp,” Quirino uttered and they miss seeing the young generation that’s why, he said, they initiated such a reunion. And in order to have continuity, they chose officers of their newly-established club for “comrades”, who were officially sworn by no less than COL. Castor P. Bahin, MI (GSC) PA, Commander, 8th Regional Community Defence Group.

Reservists also took their oath during the said event.

COL. Bahin lauded and congratulated the prime movers of the said event being the first grand reunion for ROTC officers. The occasion further was also timely because the 8th RCDG-ARESCOM was conducting an inventory of reservists.

He added that the activity also serves to encourage the young generation to become a member in the reserve force. “Sinasabi pa lang ng higher headquarters, ginagawa na ng Ormoc,” he said. He himself, he shared, is a proud product of ROTC during college and he wants to share to the young cadets the inspiration to serve the community.

During his stint as the Group Commander here, he added, he organized a reserve unit per province, to strengthen humanitarian response especially in the event of emergencies and calamities. He further stressed that there is no retirement age for being a reservist as long as one is able-bodied and has the heart to voluntarily serve the country. (By Josie Sersena, EV Mail July 11-17, 2022 Issue)