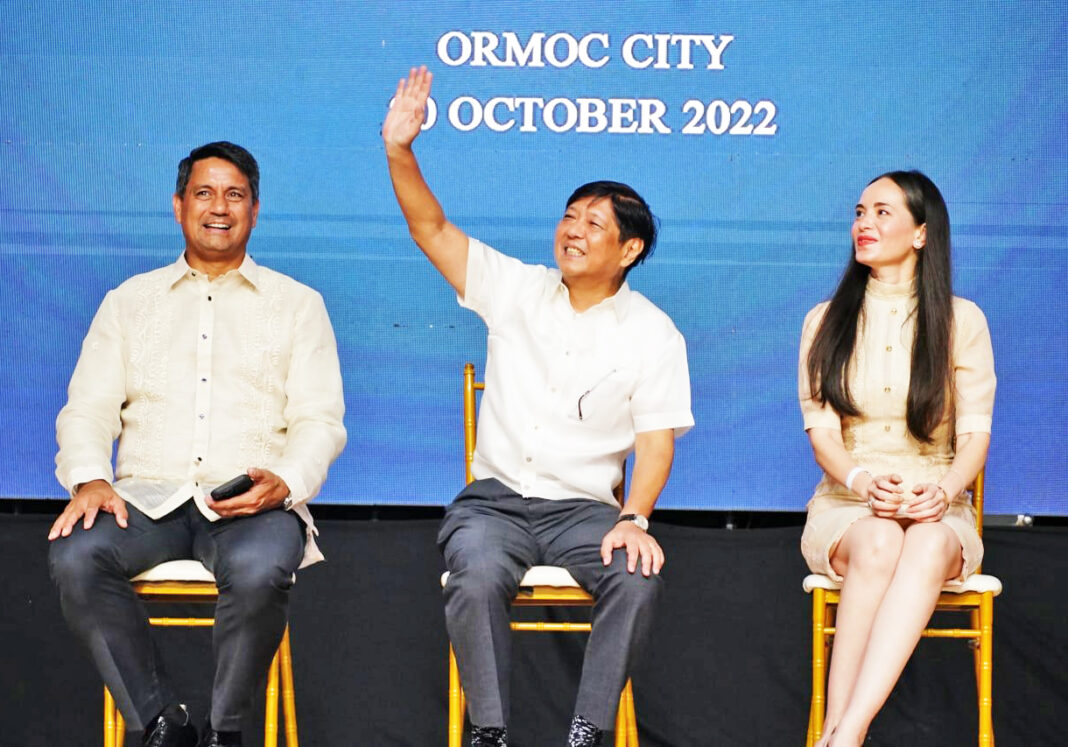 Speaking at the city’s 75th Charter Day celebration last October 20, Marcos said he hopes the city government will not only unify its people but will sustain programs and projects to avert the crisis facing the nation.

He said that as the government ensures quality education for the present generation and free the Filipino people from hunger, “we can make our lives more comfortable and usher our country to the heights of progress.”

He said the city government’s initiatives to address vulnerability to natural hazards and climate change are commendable.

“Hindi natin makakalimutan ang mga pangyayari noon tayo’y tinamaan ng Yolanda,” the President said as he recalls when then Congresswoman Lucy Torres-Gomez sent him a text message to include Ormoc City among the places to visit in Leyte in the aftermath of the supertyphoon in 2013.

Marcos said that typhoon Odette, which battered Eastern Visayas in December 2021 also brought much devastation despite being relatively weaker than Yolanda.

Marcos also lauded the city implementation of the Local Climate Change Action Plan 2016-2025. “You help the executive branch of government to deliver our mandate, to boost civic engagement, and to raise public awareness,” he said.

The president was referring to the city’s 10-year climate change action plan, which outlines the city’s specific programs and strategies to mitigate impacts of climate change. The plan was created by a technical working group that conducted community hazards and vulnerability studies in the city.

“That is why it is the most existential, the first global crisis that we need, as humanity, have to face together,” he said. “By developing and utilizing renewable energy, you help our country and the world minimize the negative impacts of fossil fuel. I look forward to these advancements that will yield to bounties beneficial to the environment, our economy, and our people,” he added. By Elmer Recuerdo (EV Mail October 17-23, 2022 issue)