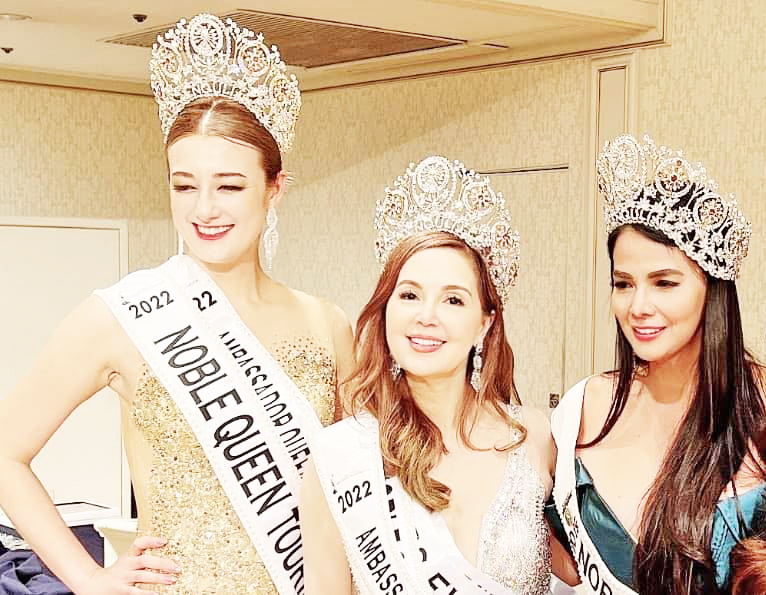 FORMER TACLOBAN City Mayor Cristina Gonzales-Romualdez won the top crown of the Respect: Noble Queen of the Universe held at the Tokyo Prince Hotel in Tokyo, Japan on December 29.

Romualdez, who is the fourth woman to win the award, inherited the crown from Modoka Kudeken from Japan, who won the title in the 2021 edition held in San Diego, California.

The former mayor represented Visayas in the competition along with two other Filipinas – Sheralene Shirata who represented Luzon and Leira Buan for Mindanao.

Movie actress Patricia Javier won in the first edition of Noble Queen of the Universe pageant in 2019 as the country’s representative. She is now the pageant’s national director for the Philippines, and concurrently holds the position of international director and oversees the global organization.

Host and comedienne Giselle Sanchez, on the other hand, was proclaimed Noble Queen International a year later.

Before she left for Tokyo, Romualdez said she wanted to become a “Noble Queen” to be able to expand her work to provide support for abused women and children, and build shelters similar to the one she helped put up in Tacloban City. Romualdez was elected Tacloban City Mayor in the May 2016 elections. In the same year, then President Rodrigo Duterte picked her to chair the Regional Development Council until 2019. By Elmer Recuerdo (EV Mail Dec. 26, 2022-Jan. 1, 2023 issue)