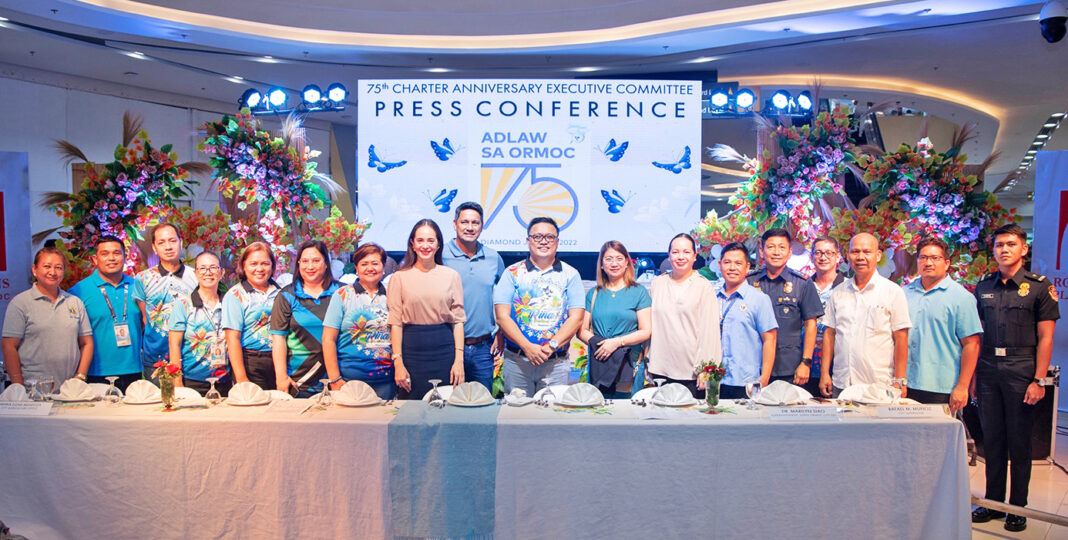 ORMOC CITY – The successful campaign against illegal drugs and the setting of peace and order, accordingly, set the foundation for economic prosperity of this city, now touted to be the richest city in Eastern Visayas.

Ormoc City Mayor Lucy Torres-Gomez said the hard work done by her predecessor, now Leyte 4th District Rep. Richard Gomez, in curbing illegal drug trade in the city and in maintaining peace and order, paved the way for the economic boom that the city is presently enjoying.

“I am very lucky because when I became the mayor, the former mayor, now congressman, already took the burden of fixing what is most important to make Ormoc City prosper – the peace and order. No matter how wonderful our dreams are, if peace and order is not established, nothing will happen,” Torres-Gomez said Thursday, September 15, at the launching of the city’s 75th Charter Day celebration.

“When Mayor Richard Gomez was elected, the first thing he did was to establish the foundation of peace and order. When that was established, everything came – the city prospered and businesses came in,” she said.

“What we see now is the product of hard work that was put in the last six years so it was not luck or happenstance but a product of political will and hard work,” she added.

Cong. Gomez, on the one hand, said he considers the successful campaign against illegal drugs as one of the biggest milestones of the city. Gomez was the city mayor from 2016 to 2022 until he was elected to congress, the post his wife Torres-Gomez held since 2013.

“Ormoc City used to be the drug capital of Eastern Visayas,” he said, adding, “When we were given the opportunity to serve Ormoc, we were able to turn the city into one of the safest cities in the whole Philippines.”

“That is an important milestone that we celebrate and Ormoc became the most progressive city in Region 8 also with the help of (then) Cong. Lucy and we were to make Ormoc city the richest city in the region,” he added.

Data from the Philippine Statistics Authority shows Ormoc City, a first-class city, had a total revenue of Php 1.67 billion in 2020, higher than the Php 1.37 billion revenue of Tacloban City, which is categorized as a highly-urbanized city, in the same year.

Ormoc City celebrates its 75th year as a charter city with a month-long series of activities on October. “Especially coming from a pandemic where there was a lock down for two years, we envision a month-long celebration for the entire Ormoc. It will be a party for everyone,” the city mayor said.

Ormoc was formally inaugurated as a city on October 20, 1947, three years after the famous landing of the Allied Forces led by Gen. Douglas MacArthur in Palo, Leyte, by virtue of Presidential Proclamation No. 42. Based on the 2020 census, Ormoc City has a population of 230,998 inhabitants,  making it the second most-populous city in the province of Leyte after the regional capital of Tacloban. By Elmer Recuerdo (EV Mail September 12-18, 2022 issue)