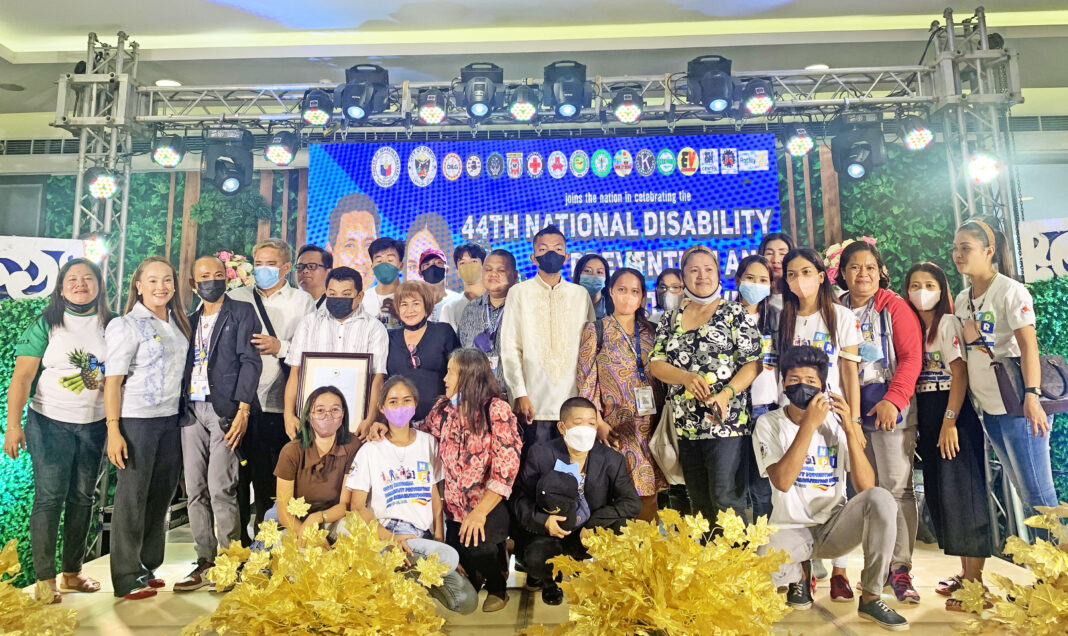 ORMOC CITY – A total of 27 Ormocanon who are persons with disabilities (PWDs) showcased their talents at SM Center Ormoc during the city’s first “PWD Got Talent” in conjunction with the celebration of the 44th National Disability Prevention and Rehabilitation Week.

According to Joey Philip P. Fiel, the PWD Program Coordinator of the Persons with Disability Affairs Office (PDAO), the participants showcased their talent in singing, dancing, drawing, and “doble-kara”, among others in a fun and competitive manner wherein the grand winner received a cash prize of Php 3,000, the second placer a cash prize of Php 2,000, the third placer receiving Php 1,000 and the non-winning contestants given Php 500 each.

And so, he added, emerging as the most talented of all talented PWDs, and being declared as the grand winner of their first-ever PWD talent show, was Rodolfo Alguno, Jr. of Barangay Ipil.

The said weeklong event, moreover, was successfully facilitated in Ormoc City by PDAO, headed by Nina Bonita Z. Restauro, who believes that there is an ability in every disability.

It kicked off with a Holy Mass followed by a motorcade; and within the week, other meaningful activities such as the ‘Larong Pinoy’, a medical mission, a sportsfest, and a symposium, whose speaker was Angela Zeratzel O. Valdeavilla of Little Palm Occupational Therapy Clinic, were also held. Finally, at the opening ceremony of the celebration, Ormoc City Councilor Carmen Jean Torres-Rama, the Committee Chairperson of the Committee on Senior Citizens and Persons with Disability; PWD Federation President Joel Amistad; and PWD Federation Secretary Jocelyn Movilla imparted inspiring messages to Ormocanon PWDs and to their families in attendance. (By Gwen Maurillo, EV Mail July 18-24, 2022 Issue)